One of the threads in Anthony Doerr’s Pulitzer Prize-winning novel All the Light We Cannot See is the story of Frederick, a boy who loves birds and steadfastly speaks his truth in the face of brutal coercion.

The natural world figures prominently in the book, from the bombed-out Hotel of Bees to the “bird’s nest of a house” where Marie-Laure hides, to the red-necked grebes, thrush nightingales and arctic terns with which Frederick is obsessed – all serving as a counterpoint to the man-made horrors of war.

We see the world through Frederick’s eyes in his conversation with his friend Werner one morning as they watch a gray wagtail from a window:

“Doesn’t look like much, does he?” murmurs Frederick. “Hardly a couple of ounces of feathers and bones. But that bird can fly to Africa and back. Powered by bugs and worms and desire.”

The wagtail hops from twig to twig. Werner rubs his aching eyes. It’s just a bird.

“Ten thousand years ago,” whispers Frederick, “they came through here in the millions. When this place was a garden, one endless garden from end to end.” 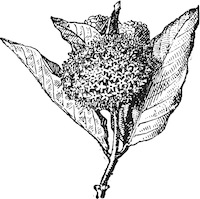 Milkweed Journal shares stories about the art and science of making gardens and preserving green spaces to support biodiversity.